”Is Wing Chun effective in a street fight?”

This is a question I’ve seen a lot on forums and social media. I can only put my viewpoint across based on my experiences. I will also give some context to the training we do at Wing Chun Barcelona.

First of all, we need to define what a street fight is. A street fight is a hand to hand combat in a public space. It can involve individuals or groups of people. The fight may involve weapons, there are no rules and the conflict can result in serious injury or loss of life in extreme cases.

We need to be clear that a street fight is not just self defense, where you may be able to diffuse the situation or back off. We are talking 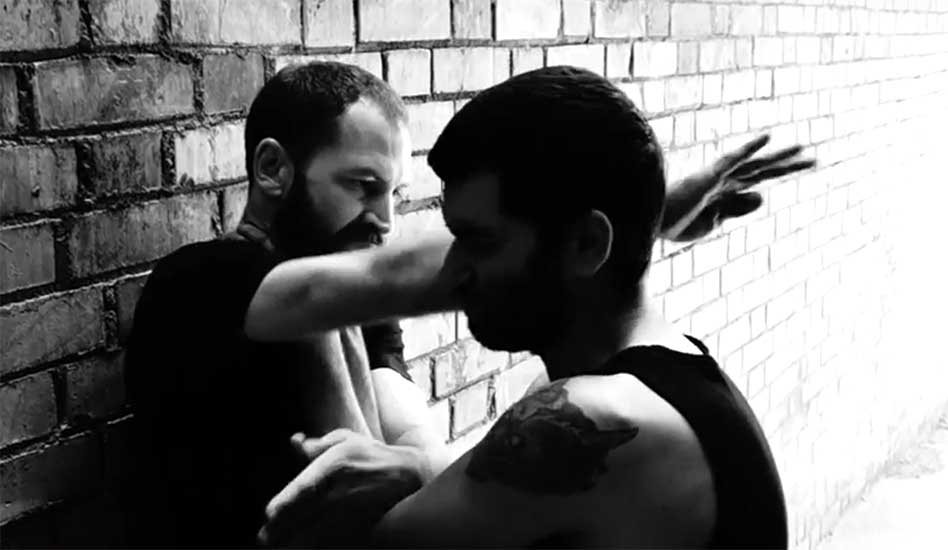 about a situation where a fight is unavoidable.

In such a situation, I believe we can no longer place so much emphasis on what type of martial art the person involved practices, but rather analyse the requirements that a person needs to come out of it in on top. After all, the martial art will not be doing the fighting. This is now dependent on the fighter.

If trained correctly, Wing Chun Kung Fu should instil in the practitioner certain skills and knowledge of the style and how to use it. Here is a short break down of some of those skills and how they might relate to a street fight:

Go in for the ‘kill’

When a confrontation such as a street fight begins, you must sense and make a judgement about the intention of your opponent. If you can read the situation quickly, and you’ve taken a decision that this is not a situation you can get out of by passive means (self defense), then you must stand and fight.

At this point, your first hurdle is to control the “amygdala hijack”. During a perceived threat, the 2 amygdalae on each side of the brain release stress hormones in preparation for your innate self-preservation response of flight or fight. In this situation your breathing becomes more shallow and rapid as you try to take in more oxygen. You develop tunnel vision and lose your ability to make decisions. To counter these natural responses, you need to stay present and focused. You shouldn’t let your mind run wild. Instead you should try to focus on breathing deeply from the dantain as a way to restore calm. It is interesting to note that the above attributes are all apparent within the first form of Wing Chun, Siu Nim Tao.

What you need to cultivate is a kind of controlled aggression, together with courage in your ability and a slightly detached mindset. Your focus is only on getting the job of destroying the opponent done.

At this stage, you cannot fall into a standoff where you begin playing the opponent’s game and fighting at their distance. Unless you begin to pressurise the opponent, you will most likely be following their lead. There is a saying that Wing Chun is “like a knife.” If you are committed to using a knife, you don’t draw your weapon and begin dancing around. You must either launch an attack, provoke them to move and counter, or counter their attack. The idea is to finish the fight as quickly as possible. The longer it goes on, the more dangerous it becomes. You might become tired and be more prone to mistakes that your opponent can take advantage of.

We’ve all seen the videos on YouTube. A Wing Chun practitioner goes up against other styles and begin chain punching 2 meters away from their opponent. This is a clear sign of lack of distance awareness. If a student believes that they will be able to deal with their opponent like they’re in an Ip Man film, they are going to be in for a shock.

In a street fight the range, connection and feedback are constantly changing. You must be comfortable in any range. From having no bridge or contact, to having contact with one arm, contact with both arms, contact with the body and legs. Wing Chun tends to do best at close range when you are suffocating your opponent’s space and impeding their structure.

However, those who become over-focused on Chi Sau can become unstuck in a real confrontation. They often lack the skills required to bridge or sense a line of attack coming towards them. Therefore, you should practice all ranges so you have no preferred range and can flow freely through all of them.

The one situation you want to avoid is going to the ground. On a concrete street, with the possibility of others weighing in, this is not where you want to be. Good knowledge of anti-grappling techniques is a must.

Unless a Wing Chun practitioner has a good understanding of ground power (structure) and how to maximise their force and body weight transmission when attacking, they may be in for a shock when their best technique fails to floor their assailant as they’d hoped. Wong Shun Leung advised practising your punches on the wall bag every day. Boxers train in the same way, constantly trying to improve their power transmission. If striking is restricted, you need to use your body to gain the advantage. You must also strive to undermine your opponent’s structure so they cannot produce power. When we strip down a fight to its core, it is an exchange of momentum. Momentum = Mass x Velocity.

Get used to taking a hit

Let’s not beat around the bush here. In a real fight you’re going to get hit and it’s going to hurt. You are not Bruce Lee in a 70’s Kung Fu film and you won’t be able to destroy 20 people unharmed. So, you must become accustomed to taking a hit and carrying on. If you’ve never been hit before, or you’ve only ever been hit by a classmate who was running at maybe 40% intention, the shock of the impact will likely swallow you up. I’ve seen many confrontations on YouTube between one style vs another, where one of the guys has never really fought before and folds at the first sign of true aggression.

So how do you get used to pressure? The best way to develop this ability is through regular training with a skilled partner. Someone who can pressurise you and take you well out of your comfort level in a controlled manner. As you become more comfortable at the more intense end of the spectrum, your confidence levels and execution of technique will continually improve.

You’ll also learn to get used to the rush of adrenaline and use it to your advantage. You can use it to power your technique as opposed to having the adverse effect of being a rabbit in the headlights when danger arises.

Test your skills against other styles of martial art

Students can sometimes fall into the trap of getting too focused on their art in a martial arts school. They end up believing it to be superior to others. Every style has it’s positive and negative points. No one style is the best. Therefore, when a student has reached a certain level, it is useful to go and test their skills against other styles. I’m not talking about challenge matches here. I’m suggesting friendly exchanges so you can get used to being out of your comfort zone. What you think another fighting style will do, and what they do are often worlds apart.

Have a high level of technique

To bring out techniques under pressure, you need to have trained your core techniques a lot. During such training you should be paying attention to perfecting each movement. If you train a technique to a standard of say 70%, you can probably expect that under pressure in a street fight or self defense situation that it will come out at around 40%.

Repetition is the key. Malcolm Gladwell explained this in his rule about having to practice a skill for 10,000 hours on how to be truly exceptional at it. As a result of constant practice and repetition, the techniques become part of you. Your movements become reflexive body actions, you don’t need to think about what you’re doing, you just do it.

You must drill your techniques in a harmonious manner with a training partner so both parties can benefit. If you fall into the trap of competing with your partner or adding unnecessary energy or aggression during drill practice, you will struggle to improve. You need to make a clear distinction between practising drills and sparring / testing your skills. In this way, your mind and body are focused on developing the correct skills. We are not just getting distracted by who’s the best.

Correct timing is essential. This is a result of having a high level of sensitivity, both in contact and without contact. In contact you can feel the opponent’s attack, without contact you must sense the line of attack and react accordingly. Sifu Wong Shun Leung used to say that your opponent would show you how to hit them. If you have a high level of sensitivity you’ll find it easier to read your opponent and should be able to clearly see when to attack. You also need to sense your surroundings, are there any other dangers you need to be aware of, or opportunities that you can use to your advantage?

In a fight, you need a high level of skill in attack, defence and counter-attack, together with courage and technique. Each one is equally important and if one of these has a slight weakness, it will show under pressure. You must be well prepared for any line of attack that comes towards you. You must also know the right path to take to best deal with it, based on your feeling.

When it comes to the crunch, we can only perform to the best of our ability. If we haven’t put 100% into our training, and dedicated a long time to our martial art, testing it whenever possible, we cannot expect much from it. As the old saying goes ‘you get out what you put in’. This is fair. If we go up against someone who has trained much more than us, we cannot expect to be able to beat them. We might get a lucky break, but this is hedging on luck, not skill.

In a confrontation when you go up against someone it is only you fighting, not your style, not your famous teacher. None of that can help you, it’s all down to you. Training hard, training wisely, and developing an in-depth knowledge of your art, together with the other recommendations listed above, will give you a fighting chance.

Why not get in touch and try out a free class at Barcelona Wing Chun. Get in touch

4 thoughts on “Is Wing Chun effective in a street fight?”