The school is led by David Robinson, who with over 20 years of experience in Wing Chun, has trained in many countries around the world including China and Hong Kong.

David has passionately trained in martial arts since 1986. He has experience with judo, karate, kickboxing, Lau Gar kung fu and Thai boxing.

David began training Wing Chun Kung Fu in 1998 with Sifu Dave Fenton, who is a representative of the East Anglia Wing Chun Athletic from the Ip Chun lineage. He trained with Sifu Fenton for around 4 years, completing his system. After some time he began regularly visiting Sifu Desir’s school in Luton for extra training.

Around this time he became interested in the Wong Shun Leung system. He met Sifu Lucas Castronuis who was a student of Sifu Nino Bernardo at the Basement. David began training for a short period at Lucas Castrounis’s Reading Academy.

In 2011 David also began visiting and training with Sifu Michael Louison at his London school. He also began  inviting him to give workshops in Barcelona on a yearly basis. Sibak Louison’s depth of knowledge, unique method and technical ability were truly mind-blowing. This has given David a new insight into the art of Wing Chun and the way that he teaches it. Our school now follows Sifu Louison’s methods and teachings and is proud to be part of a community that offers such a high level of kung fu. 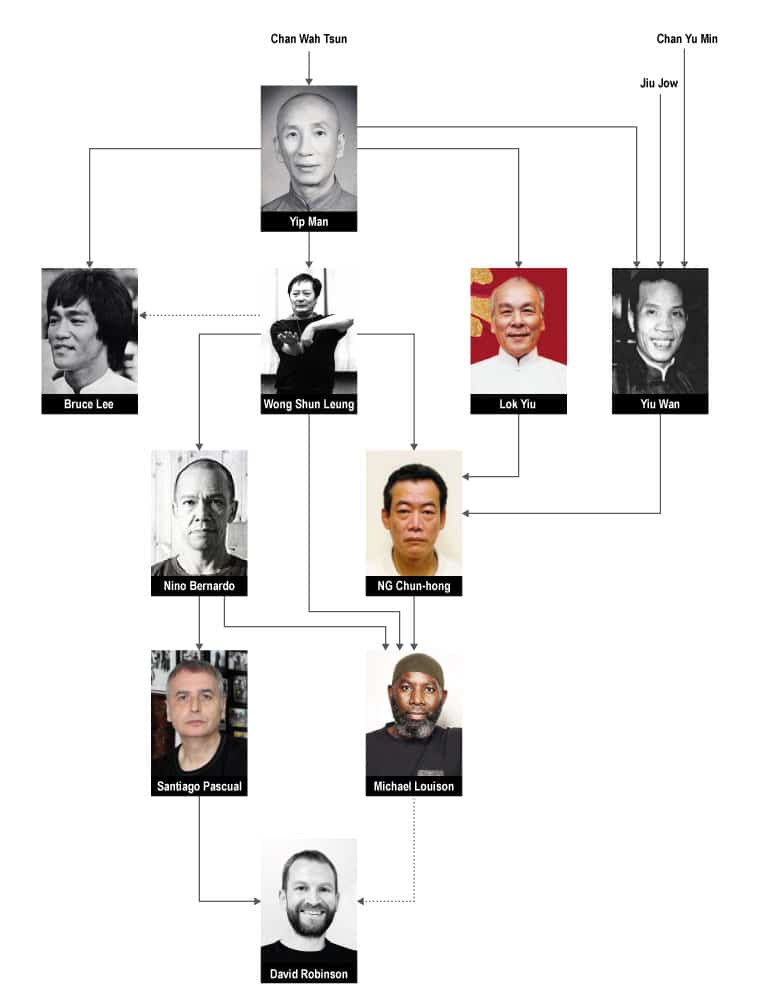 Sifu Usamah Michael Louison dedicated most of his life doing Wing Chun. He has had a variety of teachers in the past including Sifu Nino Bernardo, Sifu Wong Shung Leung & Sifu Ng Chun Hong. Michael has managed to find a balance in his life through both his martial arts and his religion Islam which is a way of life. He is an exceptionally good-natured man, whose calm nature prevents him from letting negativity gain a foothold in his life and his way of teaching.

Sifu Louison incoporates the physical and mental aspects of Wing Chun to bring out the best in his students. Teaching Muslim and Non-Muslims all in the same class, watching them step by step. He teaches by looking for the best in students character.

It is very essential point in Sifu Louison’s method of teaching that when students are practicing, they should learn how to work together in harmony with each other.

Sifu Santi Pascual began the practising martial arts in 1978. In 1985 he started in the Wing Chun system. However it wasn’t until 1986 when he met his teacher, Nino Bernardo, that he started his true training in a progressive and orderly manner, allowing him to understand and complete the whole style.

He has also been one of the lucky ones to meet and train with his Si-kung Grandmaster Wong Shun Leung. Si-kung Wong is famous among other reasons for teaching some Wing Chun to the great martial artist and actor Bruce Lee.

During his training period, he trained at the Ving Tsun Athletic Association of Hong Kong (1994), of which he is a member and certified instructor.

For research, Sifu Santi has travelled to different parts of the world. He has met many famous masters such as Moy Yat and Jim Fung. Also of interest is his work as a practitioner of Traditional Chinese Medicine in the areas of Acupuncture and Tuina. He is very passionate about this work, together with his teaching of wing chun.

Training at Sifu NG Chun-hong’s school is an experience I can’t recommend enough to anyone interested in learning from, in my opinion, the very best in Hong Kong. Having studied with JIU Wan, LOK Yiu, and WONG Sheung Leung, NG Sifu’s own interpretation of the art of Wing Chun is consequently extremely rich and unique. …read more 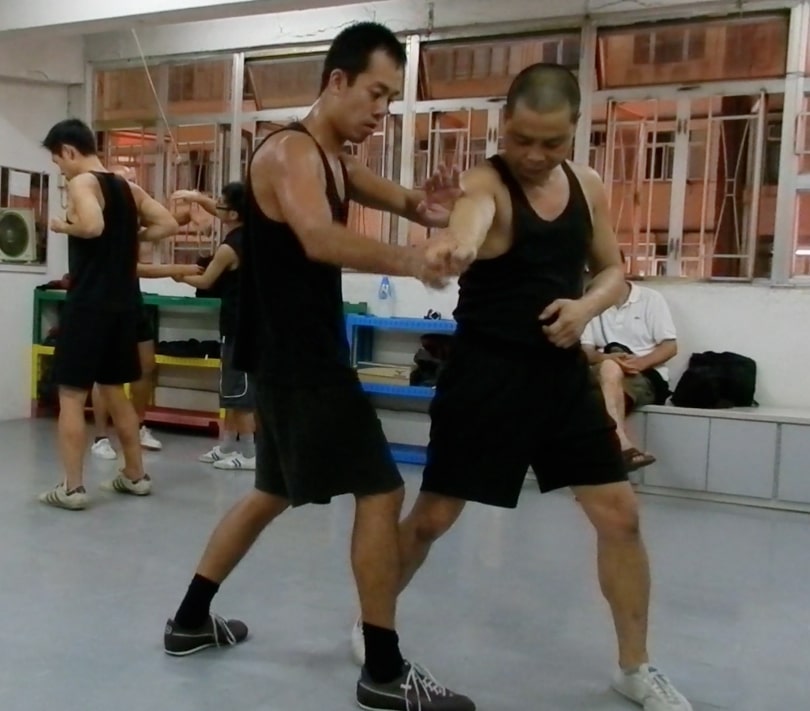